Splish! Splash! Splat!  Who doesn’t love a good water balloon fight?  We all do!  What we don’t like is the mess it leaves in the yard.  What’s the answer?  DIY Water Balloons!

Here’s just some of the multitude of reasons these are better than traditional balloons: 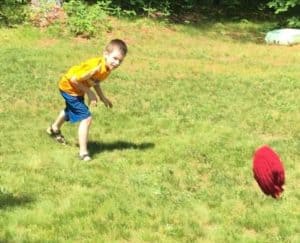 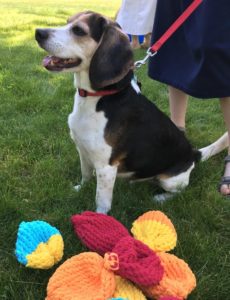 Someone recently shared some pictures in the GoodKnit Kisses Facebook group showing the most creative summer pattern: crochet water balloons!  This original design was created by Megan Meyer of Left in Knots and it is pure genius.  If you’re a crocheter you are going to love this pattern.  It is fast and easy to work up and kids of all ages love them.  Here’s the link to the crochet pattern on Left in Knots.

My sister was visiting last weekend and we were talking about how fun it would be to make some for our kids.  While I still crochet occasionally, my true love is loom knitting.  We were watching Kristen’s live Facebook broadcast on Monday and the water balloons came up.  One of the viewers mentioned wanting a loom knit pattern for the balloons.  Why didn’t I think of that?  I accepted the challenge! 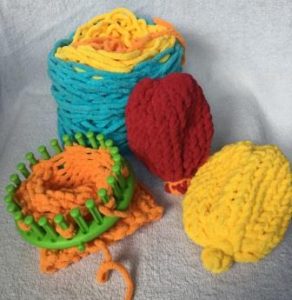 SK – Skip peg with working yarn behind the peg.

Cast on 24 pegs in the round using the Modified Drawstring Cast On. [GoodKnit Kisses video for cast on]

[Now we will begin to decrease the balloon. We’ll be working in groups of 6 pegs.  Think of your loom divided into four parts of six pegs each.  I’ll be referring to all pegs as Pegs 1-6. As we move stitches to decrease we will be creating empty pegs.  Do NOT wrap these pegs.  They must remain empty.  As we continue to work the rounds all empty pegs are skipped and the working yarn is carried behind the pegs.] 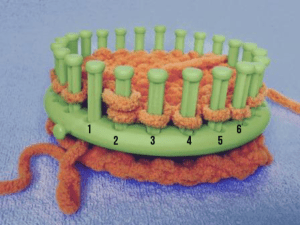 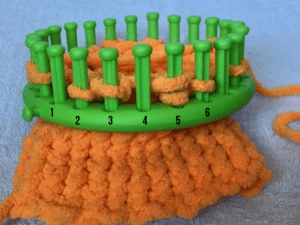 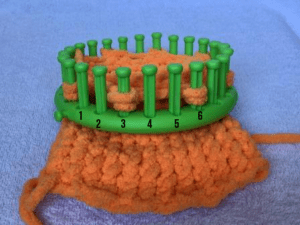 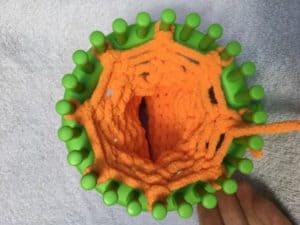 Next cut working yarn leaving a 12″ tail.  Drawstring bind off the remaining 8 pegs by placing the yarn above the stitch and pulling it all the way through (as if to knit) then pull the stitch off the peg.  Move on to the next peg and repeat.  Once all pegs are bound off.  Finally pull the end closed and wrap the yarn tail three times around about 3/4″ above the bottom. (See picture below show with contrasting yarn.) 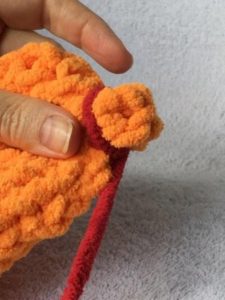 Next let’s cinch up the top and finish your DIY Water Balloons.   Be careful when closing the top since the blanket yarn can break if it pull it too hard.  (I figured that out the hard way!)  The hole at the top doesn’t need to close tightly for them to have a perfect balloon shape.

Fill them up by dunking them in a bucket of water.  Have some cool, summer fun with the whole family! Wring out and lay flat to dry so you can use them all summer long. 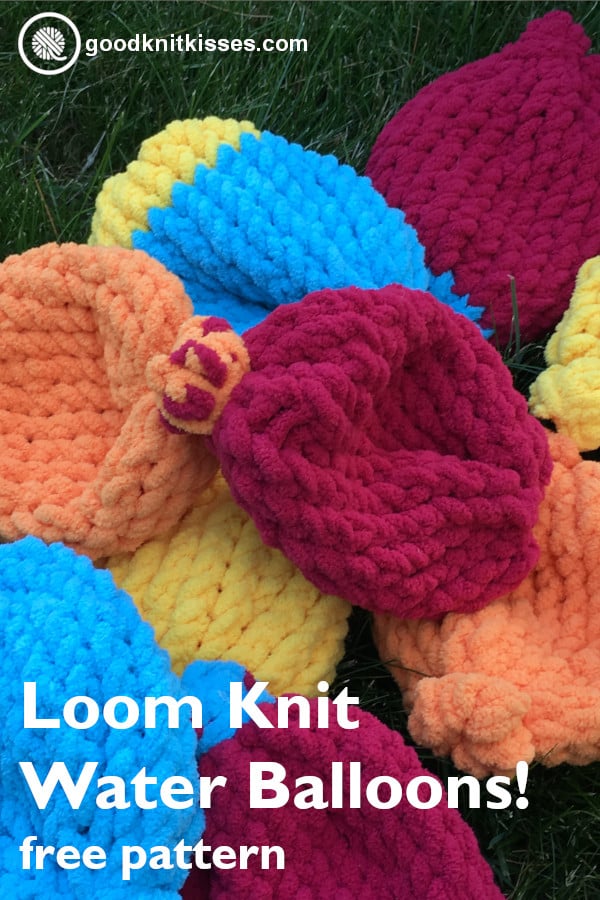 Now go make a SPLASH with your DIY Water Balloons!!

Sorry, hit wrong button. did 4 rows of 12 single crochets and then started decrease. Is there a way to modify your pattern to make the smaller balloons for our volunteers who loom knit?

I volunteer for Operation Christmas Child Shoebox Ministry and made over 200 crocheted water balloons for the shoeboxes last year. I had to modify pattern so balloons would fit in shoeboxes. We gave each child 4 balloons. I have been asked for the pattern and am typing out so others can make them, too.

Will regular yarn work? I am a newby to the crochet game and just taught myself since we went on lockdown. My mom cleaned her craft room and gave me all her yarn. So I have a bunch of just regular yarn. I’m wondering if I put a small piece of sponge in there if it will hold more water and still be able to use the regular yarn. Thanks for your help.

I never tried it with regular yarn, but putting a bit of sponge inside would probably work great. Good idea!

I am having trouble with row 13. What do yo do with peg 6

I am having trouble with row 13. What do yo do with peg 6