Travel with Knitting and Crochet

Travel with Knitting and Crochet

Want to Travel and take along your needlework? Our friendly Club members have some great things to say about their travel experience with Needles, Hooks and Looms.

Loom: “Does anyone have any experience taking a loom with you on an airplane? I have an original sock loom but I’m afraid to take it with me. I don’t want it to get confiscated.”

Crochet: “Question….can we take loom hooks in carry on bags on airplanes? According to TSA site, knitting needles are allowed. Just wondering if anyone has had any experience with this I am flying tomorrow

I’d hate to see people waste the money only to have them taken away. The blade can be opened and then you have an open razor. That is why circular cutters are not allowed. Why Scissors are not I’m not sure. I flew out of Newark, NJ in both February and June with thread Scissors on me no problem. Newark has some of the strictest regulations in the country since one of the 9/11 planes flew out of there.” – Thanks to Kelly Lenahan for these links and tips! (response Dec 2014)

Thoughts on Nail Clippers as scissors

For more helpful travel tips check out this blog from our friends at Lion Brand yarns!

9 Travel Tips for Knitters and Crocheters

When in doubt check it out! The following is a link for all major airlines for planning your travel needs.

By popular demand I’ve listed my GoodKnitKisses or GKK Travel Tool Tin on Etsy.  All items are FAA Aproved. https://www.etsy.com/listing/221428724/goodknitkisses-travel-tool-tin-with? 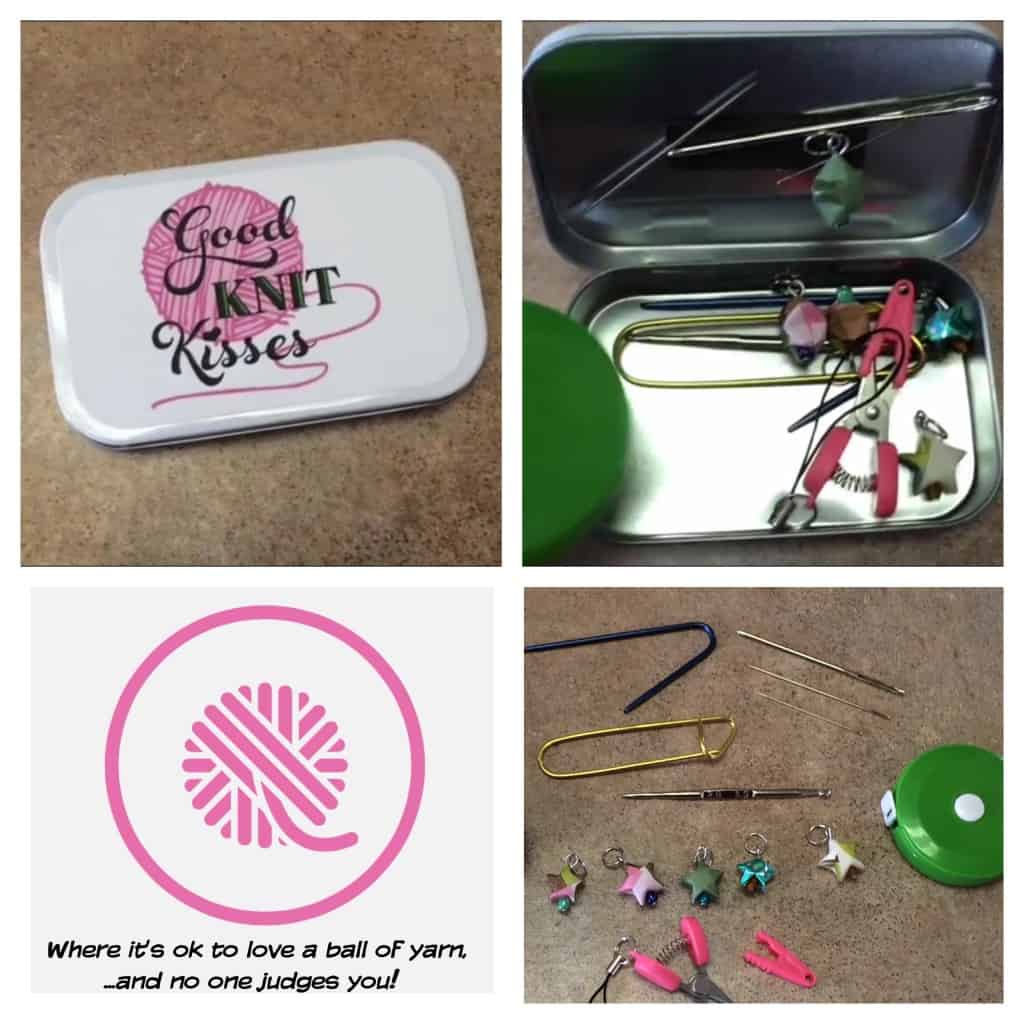