Well, Christmas is over.  I’m sure you noticed that the craft world is almost exclusively focused on either decorations or gift ideas all through October and November.  But now the gifts are given.  The celebrations are finished.  The guests have returned home.  I always have mixed feelings this time of year.  Part of me misses the busyness and preparations, but the other part of me is ready to relax and unwind.   Now is the time to put your feet up, grab the last few cookies from the bottom of the tin and get ready to knit a little something for yourself.  I really think you’re going to love the Fair Isle Knit Cowl. 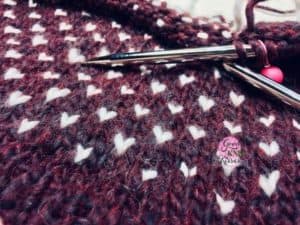 With temps dropping and winter winds bringing snow showers every few days you need to stay warm.  I’ve teamed up with Yarnspirations and B.Hooked Crochet to create a simple hat, cowl and mitten set that you are going to love.  In the coming weeks we’ll be showing you the new patterns featuring Patons Alpaca Blend yarn.  The softness and warmth of alpaca can’t be beat.   I mean what’s better than ridiculously soft yarn?  Ridiculously soft yarn on SALE!  From now through January 31, 2018 you can get 20% off Patons Alpaca Blend using coupon code: GOODKNITKISSESALPACA

If you’ve never tried fair isle colorwork before I think you’ll be surprised how easy it can be.  You know you don’t have to start with a five color design that includes reindeer and snowflakes, right?  The beauty of fair isle designs is that you don’t need to know any fancy stitches.  Keep your focus on the color changes.  If you can count to four, you can knit this cowl. 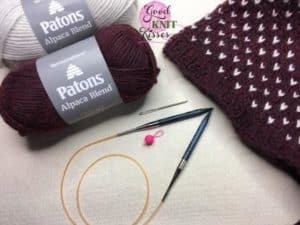 Skills taught in this tutorial:

Knitted cast on
Create a magic loop using a circular needle
Connect knitting in the round
K1, P1 ribbing
Fair Isle stranded colorwork (including how to catch your floats to avoid long strands)
Bind off purlwise

With A cast on 84 sts and join in the round. Place marker to indicate beginning of the round.

To see all the techniques used in the Fair Isle Knit Cowl pattern watch the video below.

I hope you enjoyed this free pattern and tutorial!  Be sure and share your project pictures and social media and tag me with #goodknitkisses.  This post and video are sponsored by Yarnspirations. 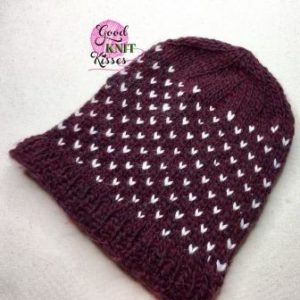 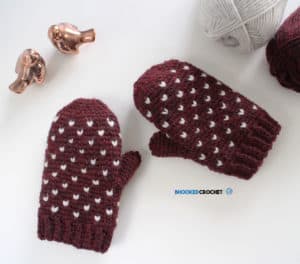 HI KRISTEN LOVE THIS FAIR ILSE HAT COWL AND MITTENS... VERY NICE PATT.. ITS A MUST MAKE... THANK YOU FOR A GOOD TURTORIAL.... MERRY CHRISTMAS