Stitch your love of the game into a hat to show your support with this perfect hat for game day made on circular needles. Make the Stadium Stripes Knit Hat in your favorite team colors or in this fun field green and white to show your sports pride!

The Stadium Stripes Knit Hat pattern uses a Bulky yarns in two contrasting colors in a speedy slip stitch tweed so you will have a quick hat and short yarn floats inside. Use green and white to stitch the field or choose the colors of your favorite team. It’s a great hat for a Super Bowl party or a kid’s soccer league.

Knit the Stadium Stripes Knit Hat in your favorite team colors. Be ready for the big game! 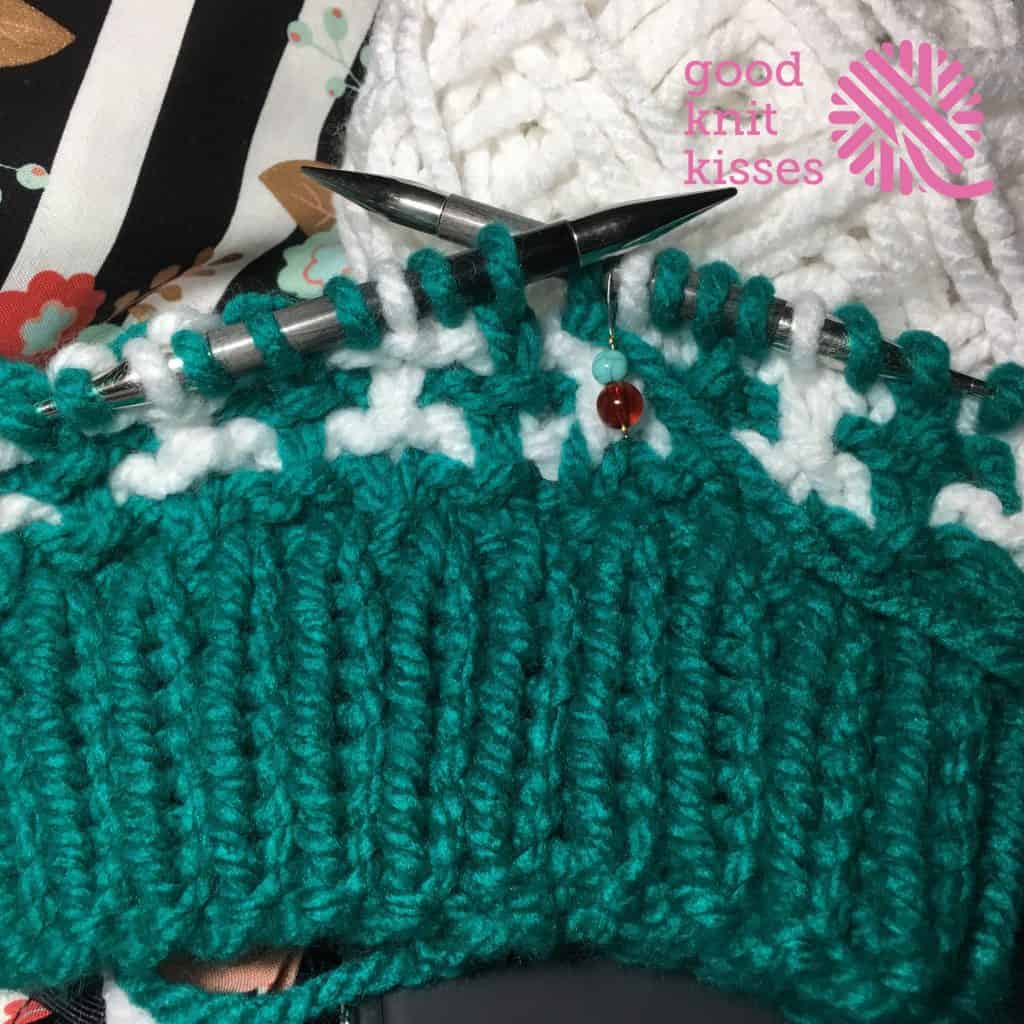 One Size to fit most.

K2tog = Knit next 2 stitches together

Sl1Pyb = Slip next stitch purlwise with yarn at back of work

The Stadium Stripes Knit Hat uses a multiple of 8 for the main pattern and 6 for the top (crown). To use pattern with another yarn or needle size here are alternate cast on stitch counts. Instructions will remain the same: 24, 48, 72, 96.

Note all slip stitches are slipped purlwise with the yarn at the back of the work.  For rounds 2 and 4 this means you will move yarn to the back, slip the stitch, then move yarn to the front again to continue purling. 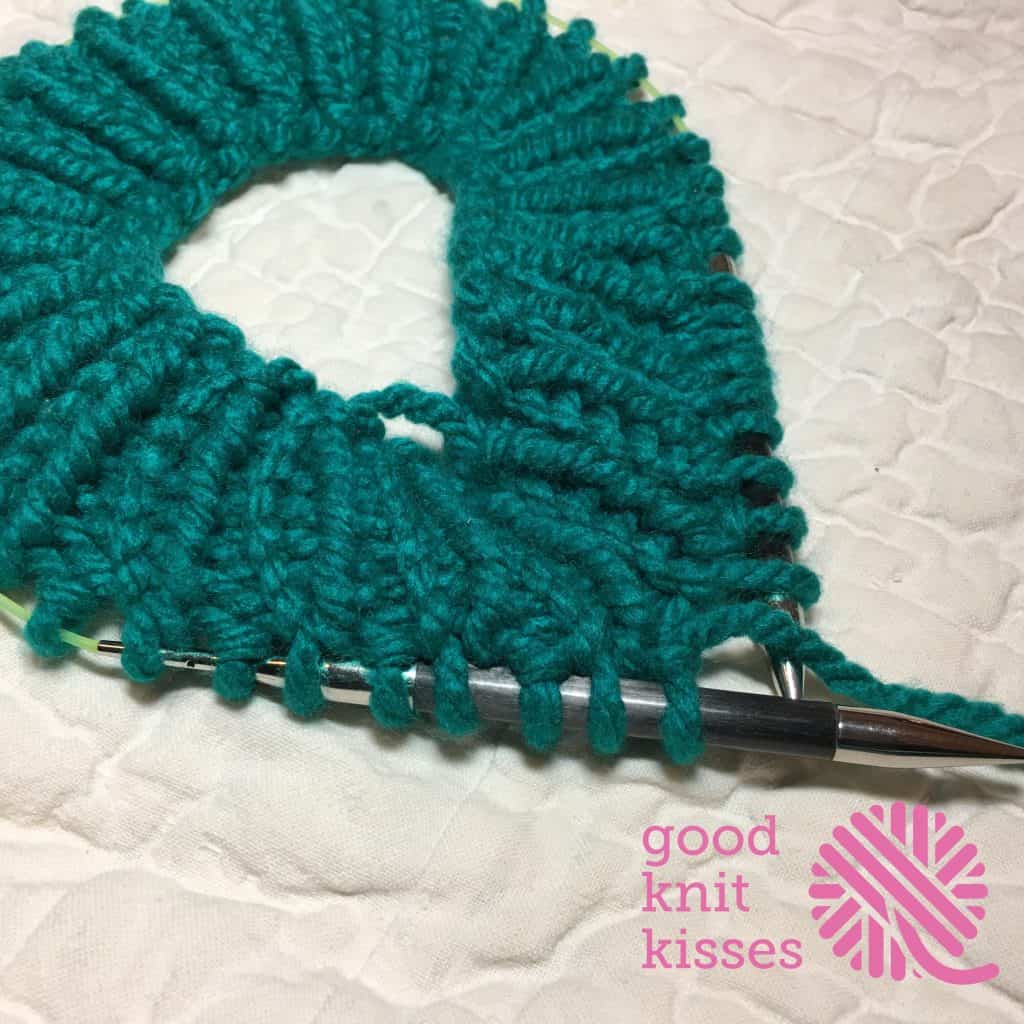 With A cast on 48 sts. Join in rnd, placing marker on peg 1 for beg of rnd. (I recommend the Long tail cast on). {If using DPNs distribute sts evenly on 4 needles and work with 5th}. 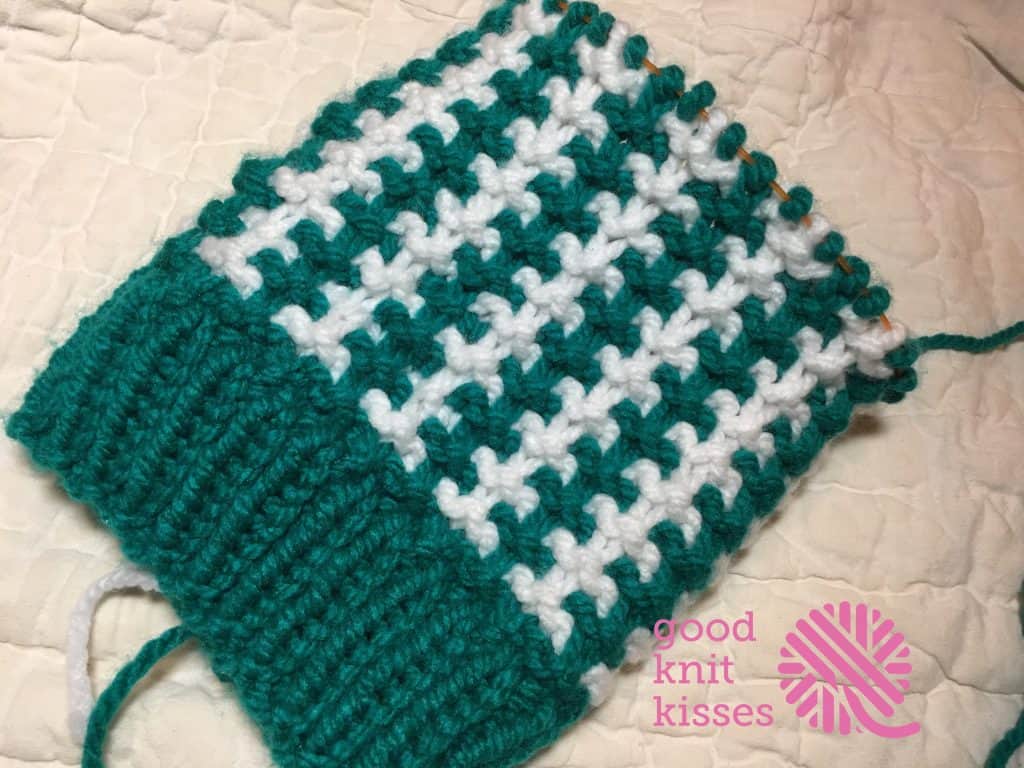 Optional: Make and sew on a two-color pom pom!

Connecting knitting in the round

I hope you enjoyed making the Stadium Stripes Knit Hat!

If you make this project be sure to share it on social media with #goodknitkisses. I can’t wait to see them!